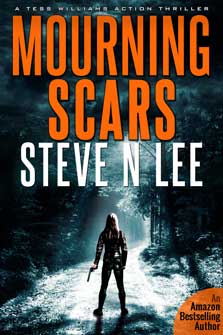 A local businessman is brutally gunned down in a gang initiation ritual.

Hell-bent on claiming revenge at any price, Tess Williams rampages across New York City on an adrenaline-pumped mission to find the shooters. She battles gangs, crushes thugs, and hunts down lead after lead, until she’s finally on a white-knuckle collision course with the savage killers.

It’s the kind of exhilarating action Tess usually thrives on, but today, she’s distracted by nightmares from her own past. Trapped on an emotionally wrenching roller coaster, Tess has just one goal – to claim payback today, in blood, or die trying.

But while she struggles with her inner demons, vicious gangbangers snatch their chance to make her bleed. Can she end them before they bury her?